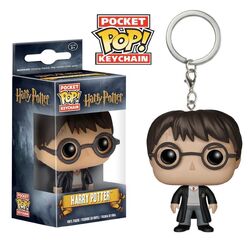 Harry James Potter (b. 31 July, 1980) was a half-blood wizard, the only child and son of James and Lily Potter (née Evans), and one of the most famous wizards of modern times. In what proved to be a vain attempt to circumvent a prophecy that stated a boy born at the end of July of 1980 could be able to defeat him which could have meant Harry Potter, Lord Voldemort attempted to murder him when he was only a year and three months old. Voldemort murdered Harry's parents as they tried to protect him, shortly before attacking Harry himself. This early, unsuccessful attempt to vanquish Harry led to Voldemort's first downfall, marking the end of the First Wizarding War and to Harry henceforth being known as the "Boy Who Lived". One consequence of Lily's loving sacrifice was that her orphaned son had to be raised by her only remaining blood relative. Harry was raised by his Muggle aunt Petunia Dursley in a home where he was neither welcomed nor nurtured, but would be protected from Lord Voldemort, at least until he was seventeen years old only because of a powerful charm Albus Dumbledore made. As the only known survivor of the Killing Curse (up to that point), Harry was already famous before he arrived at Hogwarts School of Witchcraft and Wizardry in 1991.

Early on his eleventh birthday, Harry learned that he was a wizard via Hagrid, keeper of the keys. He began attending Hogwarts in 1991 and was Sorted into Gryffindor House. While at school, Harry became best friends with Ron Weasley and Hermione Granger, and later became the youngest Quidditch Seeker in over a century and eventually the captain of his house's team, winning two Quidditch Cups. He became even better known in his early years for protecting the Philosopher's Stone from Voldemort, saving Ron's sister Ginny Weasley, solving the mystery of the Chamber of Secrets, slaying Salazar Slytherin's basilisk, and learning how to produce a corporeal stag Patronus at the age of thirteen. In his fourth year at Hogwarts, Harry won the Triwizard Tournament, although the competition ended with the tragic death of Cedric Diggory and the return of Lord Voldemort though the Ministry refused to accept it. The next school year, Harry reluctantly taught and led Dumbledore's Army and fought in the Battle of the Department of Mysteries, during which he lost his godfather, Sirius Black.

Harry played a significant role in many other battles of the Second Wizarding War and hunted down and destroyed Voldemort's Horcruxes along with Ron and Hermione. During the Battle of Hogwarts he personally witnessed the deaths of Severus Snape and Fred Weasley, and learned that Remus Lupin, Nymphadora Tonks, Colin Creevey, and many others had fallen in battle as well. He encountered Voldemort and sacrificed himself, knowing that his doing so was the only way to destroy the fragment of Voldemort's soul that was inside of him. In limbo, after Voldemort cursed him in the forest clearing, Albus Dumbledore gave Harry advice and background information on the Dark Lord. When told he could choose to live or to "move on", Harry chose to live. After he awoke he confronted Voldemort and defeated him once and for all.

Harry was also notable for being the only known Master of Death, having united the three Deathly Hallows at the mere age of only seventeen. After the war, Harry became an Auror and married Ginny Weasley, with whom he had three children: James Sirius (named after his father and godfather), Albus Severus (named after Albus Dumbledore and Severus Snape), and Lily Luna (named after his mother and Luna Lovegood). He was also named the godfather of Edward Remus Lupin. Eventually Harry became Head of the Auror Office in 2007 at the record age of 26 and occasionally delivered Defense Against the Dark Arts lectures at Hogwarts.

Community content is available under CC-BY-SA unless otherwise noted.
Advertisement